And Action: Premiere of “O-Team Zafira Life” in Oschersleben

And Action: Premiere of “O-Team Zafira Life” in Oschersleben 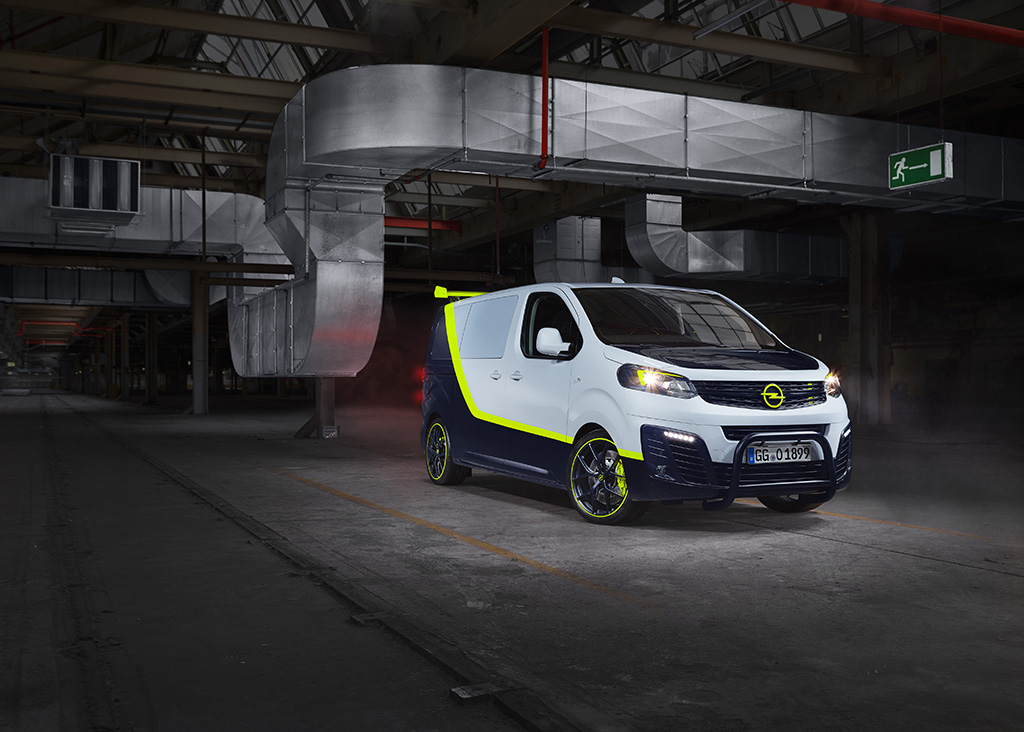 Rüsselsheim/Oschersleben.  Tens of thousands of Opel fans will once again descend on Oschersleben this weekend to celebrate the iconic Rüsselsheim brand. In addition to beautiful vintage cars and the 120 Years special models, Opel will also present a very special vehicle: the Opel Zafira Life, the fourth generation of the flexible multi-purpose van, will make its German premiere in the Motorsport Arena Oschersleben. But that’s not all. Opel will also bring another version to the racetrack, which has even more to offer: the “O-Team Zafira Life” concept car. As the name suggests, the car is inspired by the van that transported the crew in the cult US TV action and adventure series of the 1980s.

The “O-Team Zafira Life” – the “O”, of course, stands for Opel – rivals the TV-original in every way: it features big wheels, the front bars and the big aerofoil, while the special colour scheme is bright neon-yellow instead of red. The “O-Team Zafira Life” also makes an acoustic statement: the roaring V8 sound leaves no doubt about this car’s confident attitude. The fans of the iconic brand are likely to be just as enthusiastic as the fans of the TV series.

The sound of the “O Team Zafira Life” is really spine-tingling, as the technical team has built in a sound module with the vocal chords of a V8 petrol engine. A tailpipe in OPC-design was also added underneath the vehicle. An additional amplifier and high-performance loudspeakers transform the interior into a concert hall with 800 watts of system power.

In the action sequences of the TV series, the tough team mastered even the most spectacular stunts and jumps with their vehicle. Of course, the chassis of the “O-Team Zafira Life” concept vehicle is also designed to handle difficult jobs with maximum precision and at top speed: lowered bodywork, air suspension (can be lowered to parking position via remote control), four-piston brakes with 380-millimetre discs in front and 20-inch light-alloy wheels from BBS plus Michelin Cup 2 tyres ensure that the crew has perfect control and optimum traction when on the road.

As spectacular as the show talent of the “O-Team Zafira Life” is – it is not just a show car. All technical changes have been approved by TÜV – so it’s quite possible that more “O-Team“ versions will soon be on Germany’s roads. What is certain is that at the sight of this modern version, the boss of the TV series team would light up a big cigar and say: “I love it when a plan comes together“.

[1] Values measured according to WLTP and converted to NEDC for comparison.

[2] WLTP combined figures (for information only, not to be confused with official NEDC values)

Got questions or interested in an offer or promotion?

GET IN TOUCH NOW FOR A FREE CONSULTATION

You can also request for a callback or send us a message at or our contact form below.

Follow Opel Singapore on social media to be informed on our latest updates.